Why should every establishment have a panelboard?

Every electrical company in the Philippines openly shares the importance of panel boards to their clients and customers. These devices may not seem like much, but they are absolutely integral to the optimization of an establishment’s electrical flow.

As defined by the National Electrical Code, a panelboard is a single panel or group of panel units that are designed for assembly in the form of a single panel. This includes buses and automatic overcurrent devices. It can be equipped with or without switches for the control of light, heat, or power circuits. In most cases, it’s designed to be placed in a small cabinet or cutout box in or against a wall, partition, or other forms of support. Lastly, it is usually only accessible from the front.

These electronic devices are essential in keeping any establishment powered at all times. That being said, buildings can function without a panel board, but so many things about the electrical supply of the building can go wrong. Here are a few reasons why panelboards can be considered essential to every establishment.

To the layman or anyone who isn’t knowledgeable about electrical installation, a panel board will most likely look like just another storage box or a seemingly innocuous metal plate on the wall.

Once opened, however, they’ll probably be overwhelmed with the number of circuit breakers, wirings, and other components within.

Only a skilled electrician would fully understand the foundations of what happens in a panelboard — and for good reason! Basically, the panelboard is the lifeline of your whole establishment.

A panel board would usually have a row or a column of individual panels with circuit breakers in each of them. Each breaker signifies an electrical circuit that goes to and from the panel board. Each circuit allows electricity to flow around the house, evenly distributing power.
Once you turn off one of the circuit breakers, you’re basically cutting off the power on that specific route. When you turn off the whole panel board, then you’re shutting down the power for the whole establishment.

In many cases, the panel board is almost always labeled. This is to make identifying each electrical circuit easier.

The electrical parts placed within a panel board are placed there not just for easy management, but also for protection from unwanted matter. Circuit breakers, open wires, and electrical panels should not be left out in the open because even the slightest drop of water or a sudden impact on it can easily damage it.

The metal box encasing the panelboard is meant to be locked so that the insides can’t easily be tampered with. Even the design choice of putting it in a wall is to further increase the security of the components within.

It’s important to note that most components of electrical systems are fragile. They do not bode well with impact, water, and a number of other alterations. They need to be treated with the utmost care and respect so that they’ll last as long as they’re intended to.

Panelboards greatly help in ensuring that people within an establishment are free from harm’s way—particularly those caused by electrical problems such as short circuits, and circuit overloads.

Today, a lot of the protection comes from advancements in circuit breaker technology—especially those that are designed with arc fault circuit interrupters. Most of the time, the safety provided by panel boards are not visible to many, because it prevents things from ever reaching too far from the source.

Aside from these invisible, yet rather potent electrical flaws that are prevented by panel boards and other electronic devices, panel boards also help support the structure in many ways. They protect and organize the electrical wiring system, which is by far the most fragile, and dangerous set of wires that encircle an establishment.

The panel board serves as a place to put the most important components of an electrical system so that it’s easily fixed by experts.

A panelboard is one of the most important electrical devices that should be found in every establishment. It makes the lives of every electrician easier when they have to fix an electrical problem because aside from the wirings, everything they need to inspect is right there!
Consult every electrical company in the Philippines that you know and they’ll most likely recommend that you get a panel board for your establishment. Having one nowadays is not a luxury but a necessity. 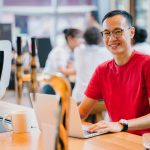 The Use of AVRs & Step-down Transformers for Overseas Filipino Workers 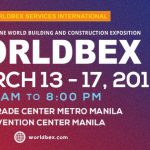