Harmful electrical surges happen normally and they occur to any random house target regardless of the location. A power surge is considered as one of the most destructive electrical power disturbances which materialize when energy comes back after a disruption. 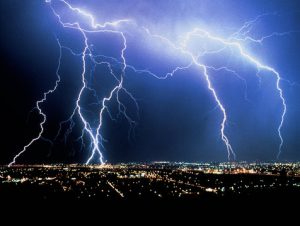 Also called “voltage surges” or “transient voltages,” electrical surges are mostly internal. They are engaged multitude of periods per day—maybe even without us noticing—through different paths. One is by electric utility companies during power grid switching.

Also, a more common cause of power surges is high-power electrical devices. When these gadgets with motors start up or turn off abruptly, the power is redirected to and from other electrical equipment therefore striking a spike in voltage. This on-off switching creates sudden, brief demands for power, which distresses the steady current flow in the electric system.

Refrigerators, washing machines, elevators and air conditioners are among the biggest culprits, but smaller gadgets like hairdryers, stereos, answering machines and wireless phones can also cause problems. Low-level power surges won’t melt parts or blow fuses, but they can cause electronic rust which progressively degrades internal circuitry until it ultimately fails.

Sometimes though unusual, lightning is one external cause of power surges. Resulting to large power surges, it provides damage—frying circuits and melting plastic and metal parts. It enters through the cable TV, satellite dish cable, incoming telephone lines, or through the incoming electrical service line.

The intensity brought about by lightning surges is considered the highest; however, power surges from high-power electrical devices can be serious enough to damage electronic circuit boards and other electrical components would shorten the life of your appliances and electric devices.

There are other points of voltage surges and irregular electrical power flow including defective electrical wiring, problems with the utility organization’s equipment, and downed power lines. The system of transformers and lines that bring electricity from a power generator to the outlets in our workplaces or homes is really complicated.

While most surges can’t be controlled, the four best tips to prevent it are to: install a surge protector, unplug devices when they’re not in use, update inadequate wiring and fix overloaded circuits.